Australia’s Serbian community has dedicated its Orthodox Christmas of January 6 and 7 to helping victims of the bushfires still burning across the country.

When parents and friends at Western Sydney’s Bonnyrigg sports club, a rallying point for Sydney’s Serbian community, got together on Sunday night they didn’t think their last minute initiative would gain as much traction as it did.

Using the sports centre as a drop off location, Petrija Pajic reached out to the Serbian community on social media for donations for victims of the NSW bushfires.

“We have no idea what we are going to get,” Petrija told us on Monday morning. “We told people to start dropping things off this afternoon.”

On the list were items needed by displaced residents of Cobargo, a town in the Bega Valley Shire in South-East New South Wales.

Cobargo is one of the most badly affected towns in New South Wales so far. Last week, two deaths were confirmed in the town and hundreds of structures were severely damaged.

When Prime Minister Scott Morrison visited earlier in the week, he was greeted by angry locals who felt hurt and abandoned.

Petrija says she hopes they can turn their luck around.  She tells SBS Serbian she can’t believe the reaction of the community.

“We filled up the hall and the truck we hired in the first 30 minutes of Monday afternoon,” says Petrija. “I was expecting people to come and just leave their stuff, but absolutely everyone stayed to help pack and sort.”

Petrija says that she and fellow volunteer organiser, Aleksandra Alavanja, were aware of warnings that goods are hard to distribute in crisis.

They contacted Cobargo organisers directly and registered with FoodBank Australia, as well as St. Vincent’s in Kiama on the South Coast of New South Wales.

“Aleksandra and myself called centres in Cobargo directly and they said, ‘Yes, we need everything’, except noodles,” says Petrija, “they told me they’re sick of two minute noodles.”

Boxes full of personal hygiene items, bottled water, new clothing and medication are currently being packed and loaded onto trucks. 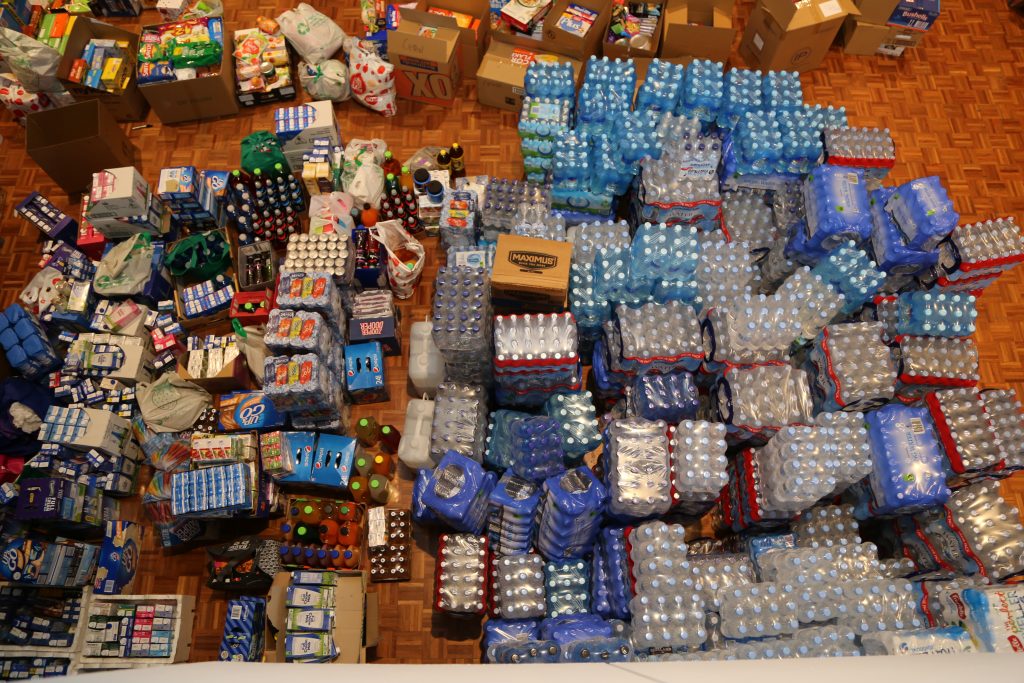 “We realised quickly the one truck we hired wasn’t going to begin to cover it and in a few hours, different companies reached out to us on social media and said, ‘We have trucks, we have drivers, tell us where to go’”.

Petrija says that locals responded to every single story she posted on Instagram.

“I would put up a post and say, ‘we need more boxes’, and someone would appear with more boxes,” says Petrija. “It wasn’t just the Serbian community, it felt like the whole of multicultural Western Sydney was there.”

Another volunteer, Sanja Arčaba, spent her Christmas Eve and Christmas in the hall.

She says there was aboslutely no better way to mark the holiday. 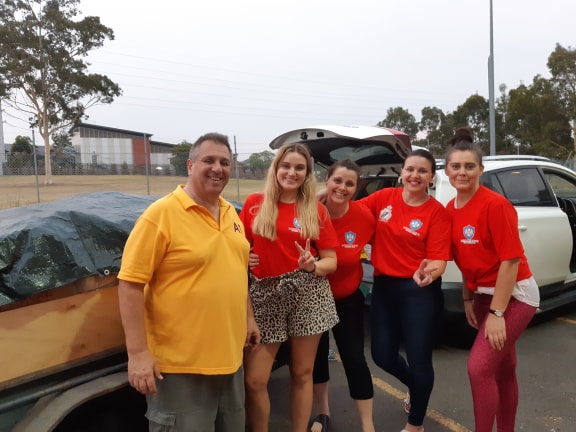 “Everyone was saying we need more time to organise this, but in this situation, we are already late,” says Sanja. “I was so moved to see how many people came, how diverse the volunteers were. It wasn’t just the Serbian community.”

Sanja says emotions were running high and that volunteers will be back today, amid their Orthodox Christmas, to keep packing.

Volunteers are looking for more people to help pack boxes onto the truck, ready for a 6:30am departure on Wednesday morning to Cobargo.

It is an effort they say will be repeated in a months’ time, and as soon as the fires are put out.

“In the coming months we will have more information about what communities need and we can tailor our response,” says Sanja.

Authorities in both NSW and Victoria have asked that goods donations need to go through official organisations, and that monetary donations will be the most efficient for delivering relief. 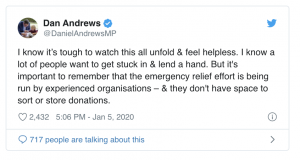 Orthodox Christmas for Serbians marks a time of love, reflection and family. Volunteers at Bonnyrigg say they hope Cobargo will feel a bit of that love coming their way.

Don’t forget to listen in Serbian! Press the cover photo for the Serbian podcast.